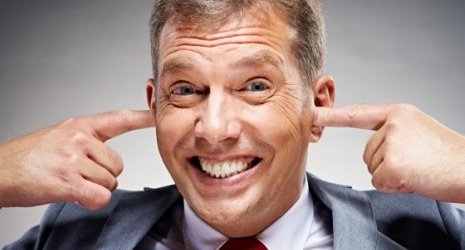 So, the ‘i’ word… let’s face it, paying premiums is just annoying. Nobody likes spending money on air, and that’s what insurance policies can feel like. That is, until you claim on them and the air somehow turns into money.

Now, when I say insurance, I’m specifically talking about Personal Insurance. Just to be clear, that’s all the policies that relate to your life (not your car or your house or your need to use a hospital bed or desire to see a remedial masseuse once a month, but the fact that YOU EXIST… you are the ‘thing’ that the policy covers). The usual suspects are Life (or Death) insurance, Total & Permanent Disablement (TPD) cover, Trauma also known as Critical Illness, and Income Protection (IP). I’m about to lay some truth on you, and you might not like it. Or you might? I’ll let you be the judge.

Most of us have some form of personal insurance tucked away inside our super funds. We might not notice them until we decide to actually read our superannuation statements (because who has time for that, right? Hint: advisers do). You might be one of those people who has noticed it on a super statement in the past. Maybe you thought, “Huh, that’s cool, I didn’t even know I had that”. Maybe you feel like it’s virtually free because you don’t notice money coming out of your super fund – not in the way you notice it coming out of a bank account. You would be forgiven for feeling like this, I have even felt like this.

BUT… did you know that you can only have Life, TPD and Income Protection inside super? That means no Trauma hiding anywhere, and this is becoming the most popular insurance policy to be claimed aside from IP. Why, you ask? Because it covers Cancer, Heart Attack, Stroke, Coronary surgeries, and up to 50 other ‘Trauma events’ depending on your chosen insurer. I don’t mean to alarm you but the fact is these are our biggest killers today.

If you are a man in your 30’s, congratulations, you seem to have been entered into the world’s worst competition and there is nothing you can do about it… the stats say one in three of you will be diagnosed with Cancer in your lifetime. Are you currently in a room with two men? Let that sink in for a second… Interestingly, the stats also say, that more of you currently buy lotto tickets than you do Trauma policies, but the odds of winning division one lotto are 45,379,620:1… are you in a room with 45,379,619 other people? You see what I’m saying: you have a much higher chance of making money off your Trauma policy, so why are you so opposed to it? Ladies, this is probably the one time we are jumping for joy at not beating the boys at something… our stats are one in four, but I still don’t like those odds. Do you?

Another home truth for you… because insurers know that we are more likely to claim on our Trauma and IP policies, they make it more expensive. That’s the just the way it goes. They are trying to provide sustainable insurance cover, so the more the claims rise, the more the costs rise. It’s just economics, the reputable insurers are not trying to swindle you, they are trying to make sure they can pay your claim, should you need it. That is the point.

It might also interest you to know, that the older you are when you get the cover, the more expensive it will be. Let me show with some examples:

Are you seeing the theme yet? The bottom line doesn’t change for the insurer as much as you are moving the yard stick further away from affordability the longer you delay taking out the policy, so it will cost you more on a monthly basis when you do get it. Moral of the story: the sooner the better. You should also know, those ranges above are based on Level premiums, and I’ll explain those a bit more now.

Level premiums haven’t always been on the scene in the Australian insurance market. Before Level was introduced, there was only Stepped. The thing with Stepped premiums is they will increase marginally every year as you get older in the beginning, until suddenly, they start increasing exponentially every year as you get older until you can no longer afford your insurance policy. That doesn’t seem fair now does it?

It makes me so sad when I’m talking to someone, who has come to me because they need to reduce their insurance cover just because they are now in their 50’s or 60’s and they can’t afford the cover anymore. If they had been put on a Level premium in the past, we wouldn’t be having that conversation. Level is by far more affordable in the long run, the only catch is that for the first few years, it is more expensive than a Stepped premium. This graph should help to simplify:

Don’t get me wrong, I believe there is still a place for Stepped premiums, dependent on the person and the situation they are in when I’m meeting them, but Level wins it for me in terms of long term affordability. It just makes sense.

OK, Total and Permanent Disablement’s turn. In a nutshell, this will pay you a lump sum if you can never work again. But here’s two things you probably didn’t know about what that means:

I was atypically quick to delve into Trauma at the beginning of this article, because I believe it is the most underutilised of all the Personal Insurances but ironically, one of the more needed. The other most popularly claimed cover type is Income Protection… but this is where I hit the pause button because that is a hell of a lot of content to give you right before we head into a weekend and we are only half way there… stay tuned, next week I’ll continue with Part II of our insurance straight talk and drop a few truth bombs about Income Protection, Life insurance and a whole lot more.

We're not around right now. But you can send us an email and we'll get back to you, asap.